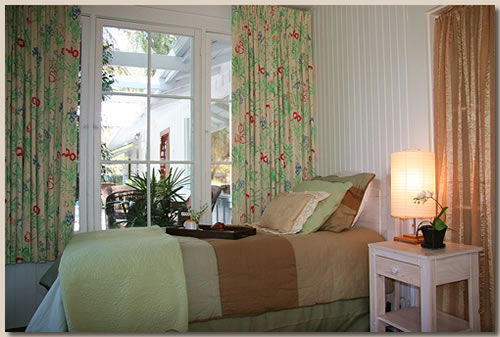 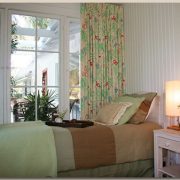 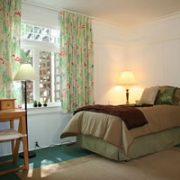 This suite has a large main room with a queen bed, and a separate study with a single bed. It is the perfect room for two to three people who want to share a room, but each have a little privacy. A rollaway can be added for an additional person. The study has large windows on three sides with dramatic views of the garden and the mountains beyond.

Annie Besant was the head of the the Theosophical Society during the early 1900s. She adopted Krishnamurti when he was 15 years old, taking him to England to be educated and prepared for his role as the new Messiah. In 1927 she joined Krishnamurti in Ojai, staying in this very room. When she arrived, she proclaimed Ojai to be the wellspring of a new race, and raised the money to buy several properties in Ojai to serve as a center for Krishnamurti’s teaching. Although Krishnamurti later rejected Theosophy and the role of “Messiah”, he never lost his love for Annie Besant. She was also an important leader in the women’s suffrage movement and the Indian independence movement.

Check our other rooms